Browsing all posts tagged with time 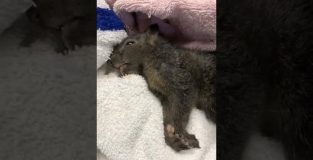 The rescue of a squirrel

A woman in Ontario, Canada found a squirrel suffering on the ground and took him with her. She gave him water and food, and after a while the squirrel began to get better. Most likely […] 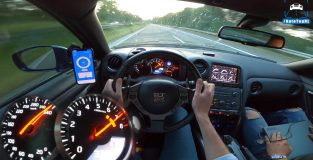 A modified Nissan GTR 1400 is driven at a speed of 337 km / h on the Autobahn motorway. Video from the Dutch channel AutoTopNL. 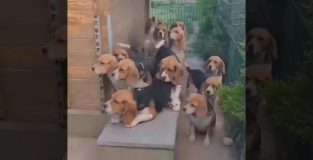 The beagles are waiting in line for their food

Beagle dogs are waiting impatiently to hear their name, at meal time. 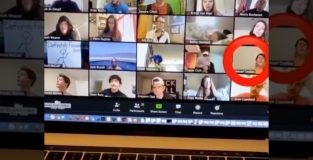 How to troll the teacher in the online course

Students organized a successful fun for their teacher, while doing a lesson via live streaming. One of them asks another to lend him a pencil, and the pencil is transferred from […] 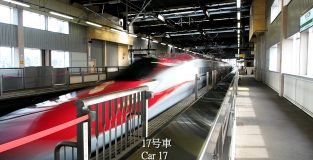 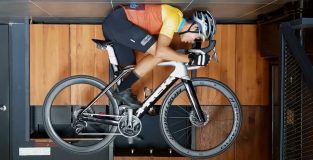 Malaysian director Quek Shio Chuan tries to pass the time during quarantine, and thought of doing something different with his bike. 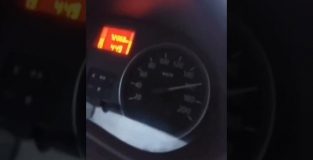 A driver in Russia leaves his car free while driving at 160 km/h. What could possibly go wrong; 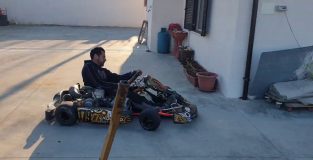 Kart around the house during the quarantine

To pass the long hours because of quarantine, a man in Italy walks around the house with a postcard. 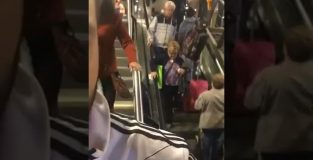 For some time, an elderly couple trying to descend the escalators going up, without anyone of them to understand what is happening. 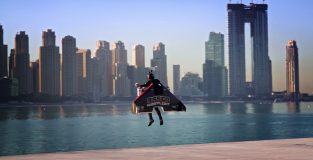 On Friday February 14th “JetMan” Vince Reffet took off from Jumeirah beach in Dubai, and traveled 1,800 meters above sea level but speed of 240 km / h. 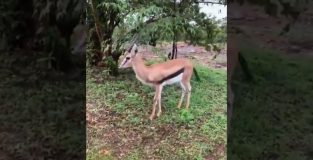 The amazing speed of springbok

The springbok (Antidorcas marsupialis) It is a kind of smaller antelope, which can reach 88 kmh. 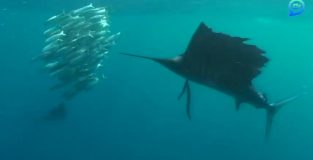 On the eastern coast of Mexico, Sailfish Swordfish use of beaks to catch small fish in a flock. The isitoforoi swordfish are the fastest fish in the ocean, because their speed can reach […] 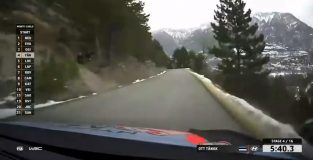 The Estonian driver Ott Tanak Rally leaves the road with 180 km / h in Monte Carlo, since the wheel has hit a small puddle. Miraculously he and co-driver Martin Jarveoja […] 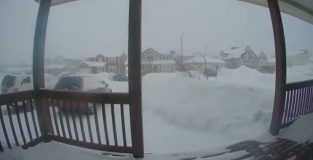 A timelapse of the snowfall in city St. John's, Canada on January 18,, over 24 hours. 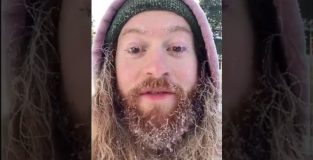 Rather it's cold in Minnesota…

What do you get if you stay two hours in the cold in Minnesota;