Browsing all posts tagged with piece 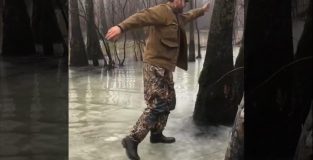 A hunter tries to get his gun

In a lake, a hunter tries to walk up the tree to get his gun, but a large chunk of ice is under the water.

How to make fun of your jogging neighbor

A driver wanted to make fun of his neighbor who went out on the road for a run, passing by him and playing the song “Eye of the Tiger” on the car speakers. 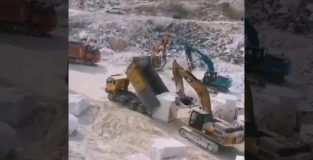 Operators of three heavy machinery work together, to place a large piece of marble in the bucket of a truck. 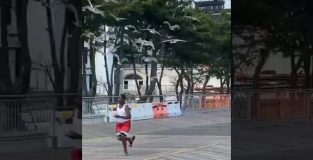 On a sidewalk in New Jersey, United States, a swarm of gulls follows a man holding a slice of pizza in his hand. 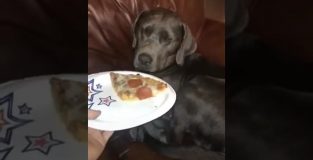 A man wants to tease his dog, bringing a piece of pizza near him. But the dog seems to have learned the trick, and will grab the piece with astonishing speed. 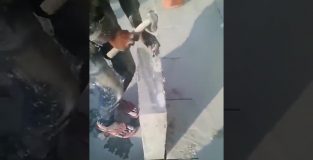 Using a hammer and a chisel, a worker divides a piece of stone into many equal parts to make tiles. 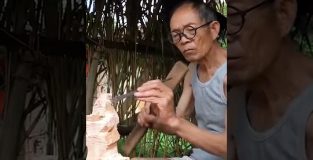 A sculptor from Japan sculpts a piece of wood to create a detailed figure of the character Naruto Uzumaki. 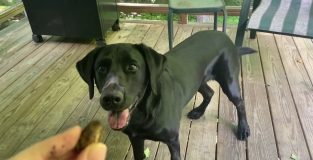 Yogi Labrador has a special talent for detecting and returning objects to its owner, whatever their size. The owner throws a small piece of wood on the grass […] 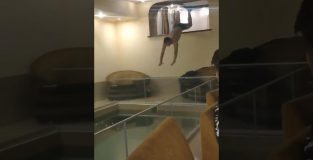 Dive into an indoor pool

A man tries to take a dip in an indoor pool, passing through an opening. Eventually it will land on a glass railing, dissolved in a thousand pieces. 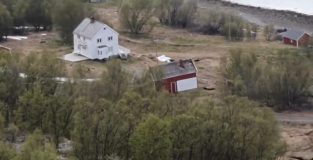 600 meters of land are submerged in water (Norway)

At Kråkneset, in Alta, Norway, a huge landslide will sink a 600-meter-long piece of land into the water. Jan who had a cottage on the spot, recorded the scene from afar with […] 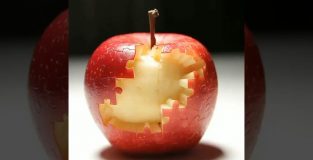 An apple is cut into small pieces, like those of an image puzzle. 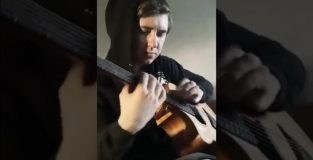 The “The Real Slim Shady” on guitar 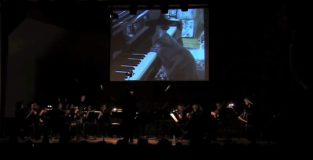 An orchestra accompanies a cat playing the piano

An orchestra in Lithuania accompanies Nora, a cat from a popular internet video, as he plays the piano. The piece was composed by Lithuanian composer Mindaugas Piecaitis. 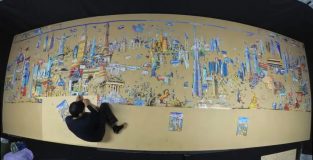 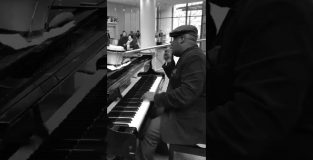 Musician Donald Canwood enjoys the track “All Of Me” of Louis Armstrong in Frankfurt, during the Musikmesse music exhibition.